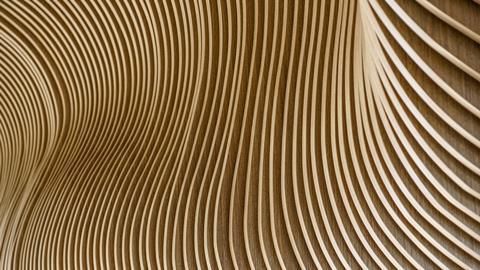 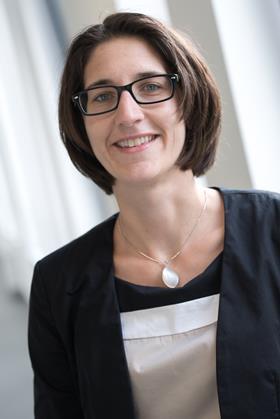 We have been granted an exclusive interview with Viktoria Gessner, leader of the Gessner Research Group and chair of Inorganic Chemistry at Ruhr-Bochum University, following the acquisition of the YPhos ligand technology by Umicore.

Could you describe your YPhos ligands and what makes them unique, compared to other phosphine ligands available?

YPhos ligands are phosphine ligands that have an ylide substituent rather than an aryl or alkyl substituent as you’d normally expect. This substituent features a carbon atom with a negative charge next to phosphorus, which makes the ligands uniquely electron rich. 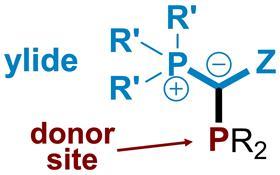 The design of the YPhos ligand. Where normally you would expect an aryl or alkyl substituent, this phosphine ligand has an ylide group (coloured blue).

Since these catalysts are more electron rich than the usual alkylphosphines available on the market, there are many catalytic applications that benefit from their use, including both palladium and gold catalysis reactions. Monoligated palladium YPhos complexes, for example, can be used in coupling chemistries, (C-C and C-N bond-forming reactions) and exhibit high activities.1These reactions are particularly relevant because they’re the kind that are done in the fine chemical industry in the production of pharmaceuticals and agrochemicals.

What drove you towards this area of chemistry, both in terms of both personal interest and figures that have inspired you? 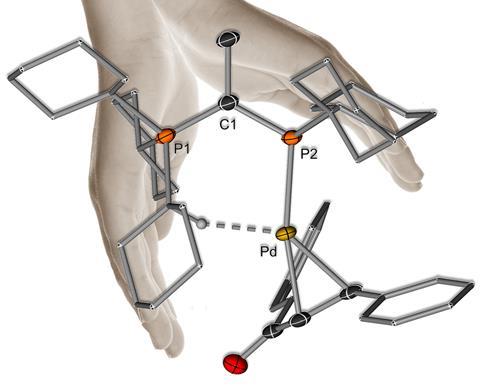 The ligand design, showcasing the additional interactions between the ligand and the metal that gives the catalyst its stability.

In terms of figures who inspire me, Chadwick Tolman really was one of the pioneers who started characterising ligands and really tried to understand structure–activity relationships. He also began giving parameters to ligands and understanding them in terms of coordination chemistry.

To develop these ligands, you worked with Umicore. What did you find were some of the benefits that came about by working closely with industry?

The main benefit that I found was getting a different viewpoint into my research. Normally, in academia, you rely mostly on publications from other academics who only sometimes look at the industrial perspective to a piece of research. I’ve found it’s better to have direct contact with someone who really knows about the ins and outs of the current needs of industry and what the environment you’re working to supply is like. This can really help facilitate your development process and help you understand which direction to take your research.

Your team has been responsible for several innovations. How do you facilitate this kind of effective working environment? 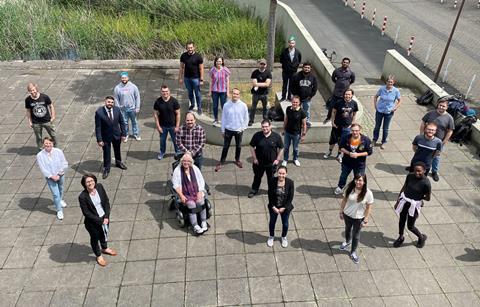 Separately from this, I also try to create a lot of diversity within the group in terms of research areas. My group is divided into two different types of chemistry: one more focused on reactive compounds and one which investigates catalysis, but I think they can both learn a lot from each other, especially in terms of isolating intermediates and catalysts.

I also ensure that my PhD students have access to all the instruments and good working conditions – dedicating a lot of time to optimising the infrastructure for them as much as I can.

It was clear to me that I wanted to go into chemistry from quite early on. I was always asking ‘why does this work as it does?’ and felt that chemistry was the field that answers this question best. Then during my PhD thesis, I began to notice that research in academia was something that I really enjoyed doing.

I spoke about structure–activity relationships, which I think is something that is really going to change with the advent of machine learning. I am thinking about going into machine learning because that really feels like the future of the field

Where do you see this area of chemistry going in the future?

I spoke about structure–activity relationships, which I think is something that is really going to change with the advent of machine learning. I am thinking about going into machine learning because that really feels like the future of the field. We have this modularity in our ligands and several positions we can change to meet the requirements of the substrates, but it’s not always easy to predict. Machines could change all of this by obtaining all the parameters in terms of both donor strength and sterics. If we can get enough parameters, we will be able to much more quickly develop ligands for specific applications.

这不是一个非常新的领域的化学——它年代tarted almost 20 years ago in areas like pharmaceuticals, and they have been using it to predict binding properties for many years now. But from the looks of things, some groups in the USA and Europe have begun using it in molecular chemistry, so we’ll probably see more of that in the next few years. 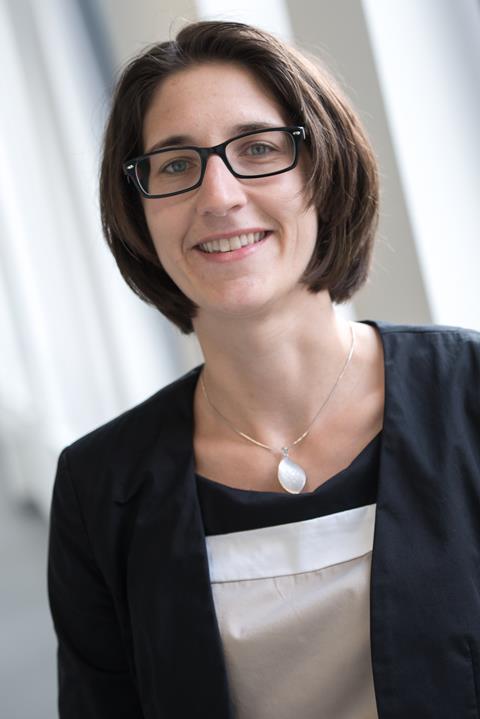 维多利亚H Daschlein-Gessner (nee Gessner)茶r of inorganic chemistry at the Ruhr-University of Bochum, Germany. She obtained her PhD under the supervision of Prof C Strohmann at TU Dortmund in 2009 and was postdoc with Prof TD Tilley at the University of California in Berkeley, USA. After a further postdoctoral stay with Prof H Braunschweig at the University of Würzburg she started her independent career and completed her habilitation in 2015. Since 2016 she has been a professor at the at the Ruhr-University of Bochum. Viktoria’s research interests lie in the field of organometallic chemistry and catalysis. She has worked on the development of carbanionic and ylidic ligands for the stabilisation of reactive main group compounds and the design of new catalysts. Her work has been published in approximately 100 publications and recognised by series of awards and prizes.

Umicore Umicore is a global materials technology and recycling group. It focuses on application areas where its expertise in materials science, chemistry and metallurgy makes a real difference. Its activities are organised in three business groups: Catalysis, Energy & Surface Technologies and Recycling. Each business group is divided into market-focused business units offering materials and solutions that are at the cutting edge of new technological developments and essential to everyday life.